The luxury automotive segment is an extremely competitive niche, with just a few strong players and very high entry barriers. Over the last 30 years, many tried and very few succeeded. While electrification is partially lowering such barriers on the engine side, other aspects and services required from a modern vehicle are much more complex than before.

An electric motor, in fact, with fewer moving parts (around 20, against the combustion engine’s 2000, according to MES Insights and Drive electric) will be cheaper in terms of R&D. Superior costs for automakers so far might have included the battery packs, but with the increasing competition that too has decreased a lot. 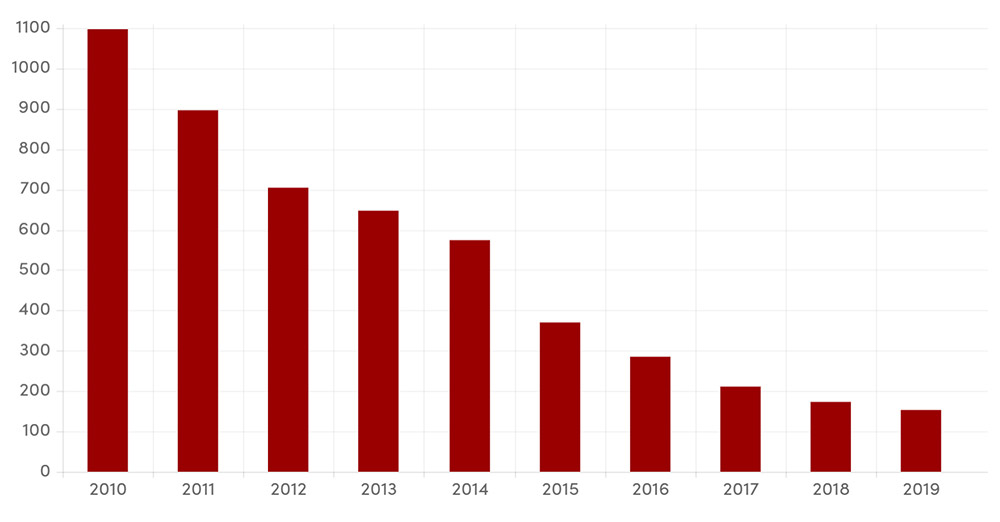 On the other hand, though, modern cars need a lot more attention on electronic components. Much of the competition has moved toward IoT, self-driving, and AI systems. Additionally, for a modern luxury car, there are two important considerations to make.

The first is that the fully electric car is not yet accepted by some buyers. The majority is uncertain or against this technology, so a new company might consider developing a powertrain based on internal combustion engine or at least hybrid technology, thus losing that ‘electric motor ease of development’ advantage. For this reason, some companies source their engines (as well as other components) from established manufacturers instead of producing them in-house. 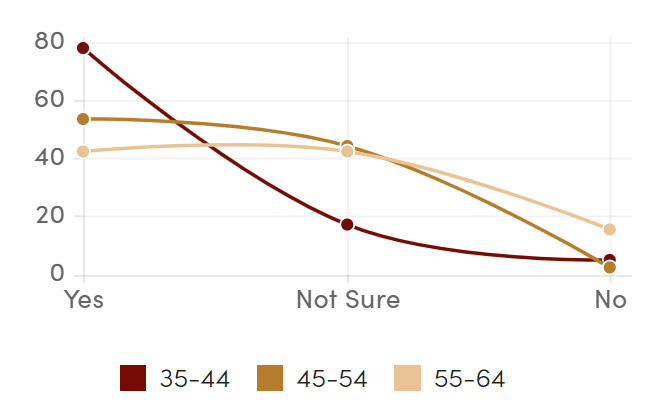 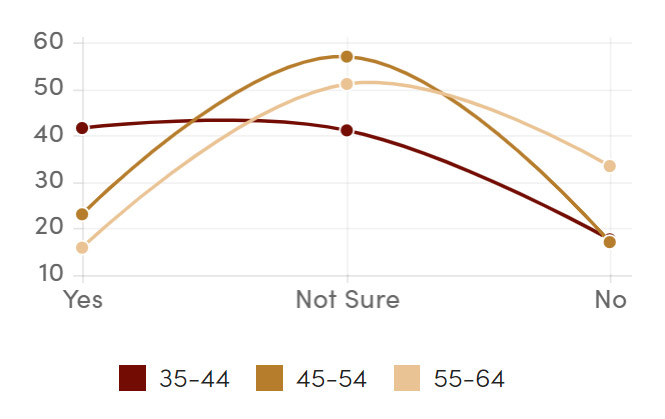 The second is that a luxury car ownership experience is expected to come with a truly special and customer experience.

So, despite this new era for the automotive industry, it does not seem easier for start-ups to enter this market. But who are the new players and what do they need to succeed?

Let’s have a look at some of the most interesting new companies trying to make it into this competitive niche between 2020 and 2021.

The new company, founded in 2020 in the Italian motor valley, has just introduced its flagship full-electric high-performance car, Fulminea. In the land of V8 and V12 ICEs, Estrema brings innovation with a 2040 horsepower hypercar powered by 4 electric motors and a hybrid battery pack. It will in fact feature supercapacitors paired with solid-state cells. Fulminea will be produced in just 61 units.

This company is the vision of entrepreneur Gianfranco Pizzuto, already an early investor in Fisker Automotive in 2007, a precursor of the hybrid electric technology in automotive with the Karma and many years in the sector. With him, other experienced executives worked for important companies such as Mercedes Benz, BMW, and Nio. 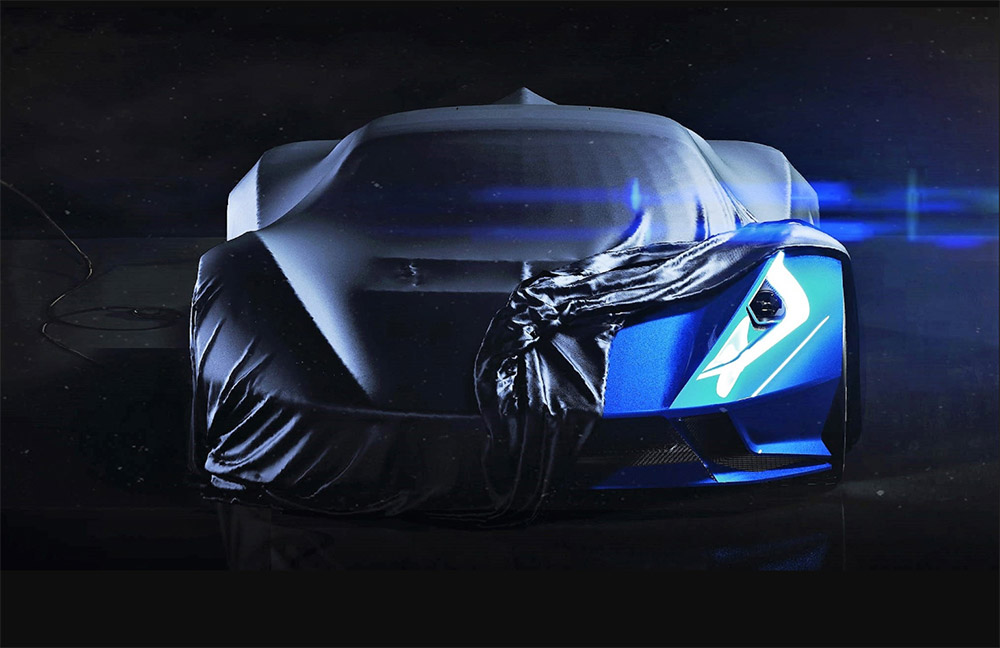 The company founded in 2017, revealed its first car, Naran Hyper Coupe in late 2020. CEO and founder Ameerh Naran from Zimbabwe, grown with a strong passion for high-performance automotive aims at creating the most powerful and most beautiful cars in the world. 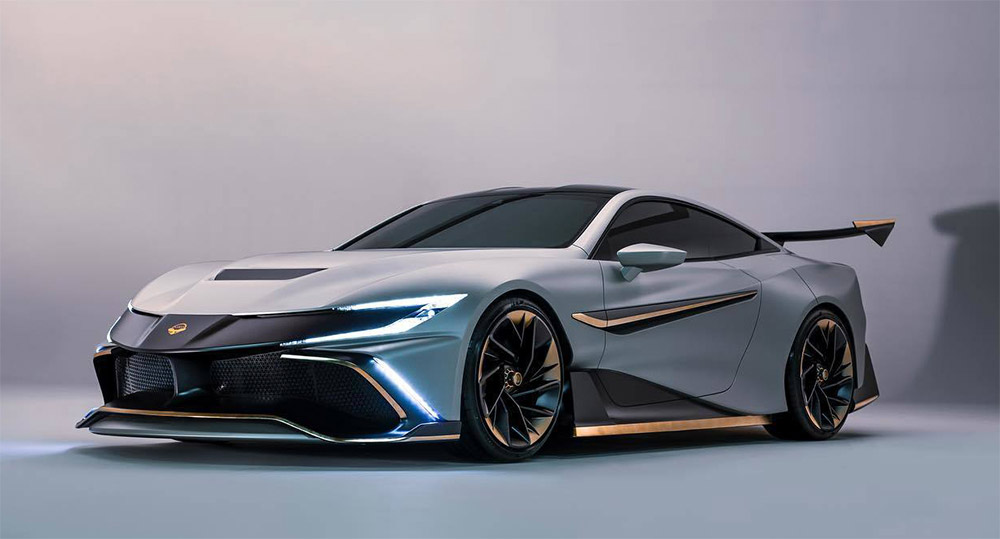 This French start-up, founded in 2019, takes a different approach from the previous two. In their own words, the upcoming car is a ‘revolution’, and for good reason, it has been called…you guessed it, 1789. It takes in fact a different approach. It is built around a powertrain that will run on bio-methane. Much like those investing in E-fuels, Vision not only thinks the days of ICEs are not numbered but that they can become completely sustainable too.

This allows them to maintain all the advantages that this powertrain has over the electric one, such as weight and sound. 1789 is a track car inspired by the 24 Hours of Le Mans prototypes, and it is said that road-legal cars will only come later from the acquired expertise. Yet, on the company’s website, there is no mention of figures or performance. Instead, the focus is on the luxurious and bespoke nature of the vehicle and the driving experience it will offer.

Only from posts on social media, it is known that the 1789 will be powered by a Twin-turbo V8 that should produce over 1000 hp. 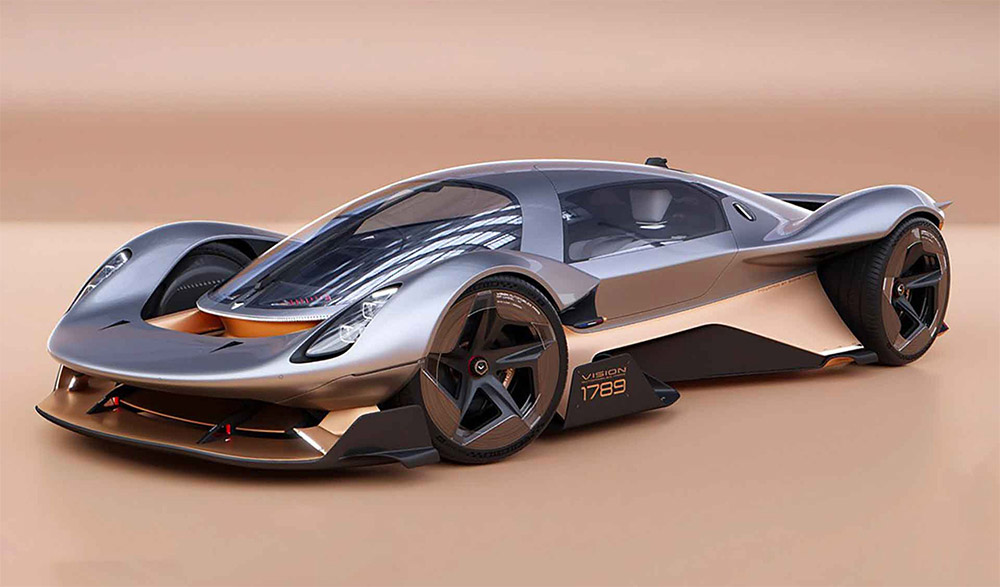 These are just three of the latest examples reported over others because they represent three vastly different approaches to the industry. However, there are many more compelling projects out there like the One by Elektron and the AP-0 by Apex both EV concepts scheduled for the next few years.

WHAT IT TAKES TO SUCCEED

The stories of success can be counted on one hand. Like the start-ups mentioned, three are the brightest examples that come to mind: Koenigsegg, Pagani, and Rimac.

Again, like the three mentioned above, these automakers too brought different approaches to the industry. So, have they satisfied specific needs in the sector? Did luck play a role or there is more?

If there is one characteristic that they share is the presence of a strong and charismatic individual at the top. Each one of them with his own strong personality has become the de facto face of the company. Ever present in the brand’s marketing and communication as well as in the influence over the projects developed. Horacio Pagani with his concept borrowed from Leonardo Da Vinci of art and science going hand in hand, Christian Von Koenigsegg with daring technological innovation, and Mate Rimac with the forward-looking vision of the future of high-performance automotive.

Going in order of seniority, Pagani was a big hit right from the get-go with its firstborn Zonda. Through the ‘80s, Horacio Pagani worked in Lamborghini and was a pioneer in the use of carbon fibre and composites materials. This was an important factor that distinguished him later, as the use of carbon fibre started to become common in sports cars in the mid-80s.

The Zonda was a success thanks to its beauty, distinctive design features that still maintains today like the four round headlights and the quad exhaust tips in the centre, and performance reached thanks to Horacio’s technical expertise and the deal with Mercedes-Benz which still today provides the special V12 engines for all their models. Finally, the obsessive attention to detail both inside and out gave it the almost-jewellery-piece status it has today.

Most importantly, after 20 plus years, Pagani has not only maintained each one of those unique features but greatly improved on every single one of them, making the Zonda a proper icon and its successor the Huayra a true piece of art, unrivalled as far as craftsmanship goes. 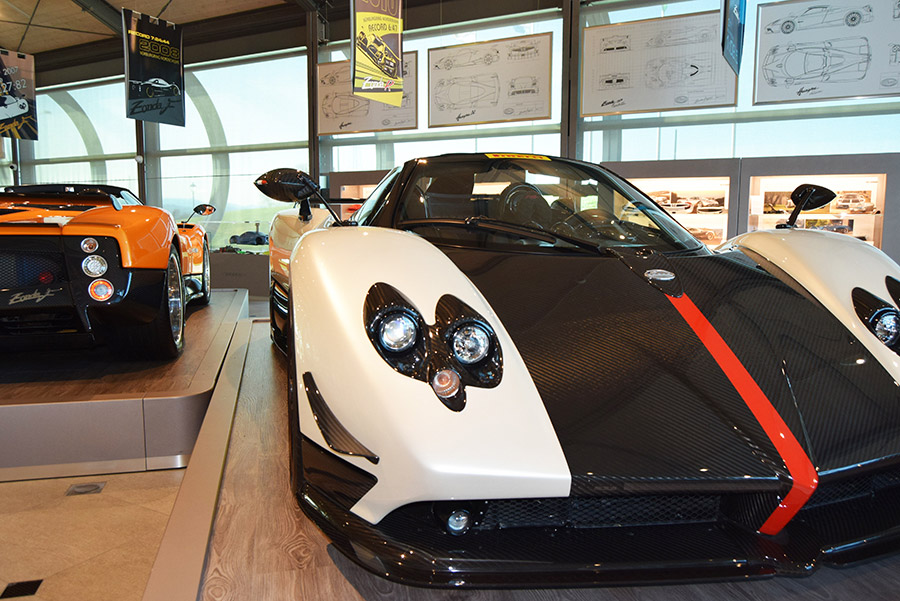 Koenigsegg instead established itself thanks to the focus on pure performance and technological innovation. With every new model, the Swedish company is right at the top, overshadowing its competitors with some incredible performance achievements.

Additionally, Koenigsegg takes pride in being one of the few, if not the only company to produce almost every single component in-house. One quote from founder Christian Von Koenigsegg on this topic epitomises the values around which the company is built. When asked if this decision brings advantages over its competitors he replies:

“For example, with the Regera, I don’t see any of the other established brands, daring to remove shifting of gears. It’s such a fundamental thing to take away from a sports car, that I think it’s only Koenigsegg that could make that decision. And I’m very confident about the decision […] We take more freedoms like that”.

Koenigsegg too like Pagani remains true to its values by improving every single time on its achievements, and bringing some new outrageous concepts to the table both in terms of technology and now also for sustainability, like with the Gemera in 2020. 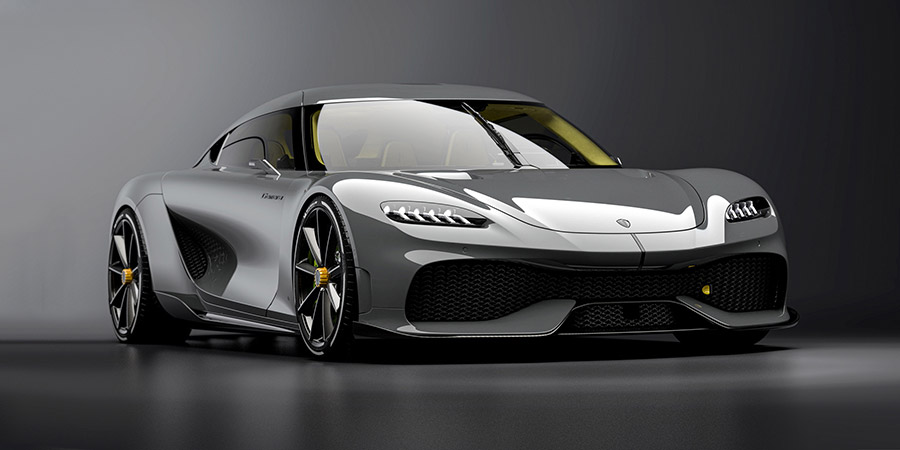 Finally, Mate Rimac as a sign of the changing times was a pioneer in the development of full-electric hypercars. Inspired by both the previous examples he decided to follow them, but in his own way. Its business model, in fact, is extremely different. The young Croatian company is already a success, but not in terms of car sales per se. Despite the global praise, the company, so far, produced an extremely limited number of vehicles.

What distinguished it is its technological advancement that no one else had which brought them an incredible number of high-profile partners and clients. In its founder’s words:

“In order to survive, we basically became, at the very beginning, a technology company […] that’s the only reason why we still exist today […] a little bit like the history of Ferrari, Enzo Ferrari had to build road cars to finance his race cars, I wanted to build road cars, but had the technology business to pay for that” because “looking at my big heroes, Pagani and Koenigsegg, they started at a time when it was much simpler to be competitive in the car industry […] for example at that time there was no infotainment, now just the infotainment is as complex as a whole car 60, 70 years ago”. 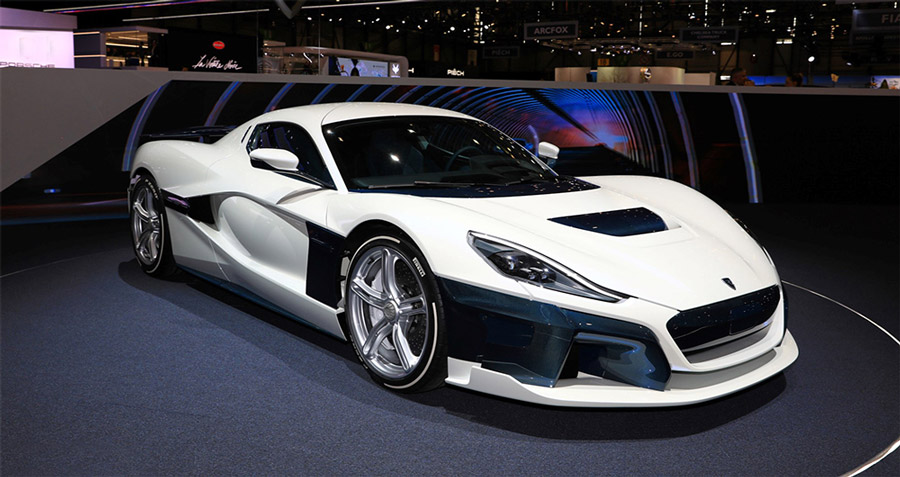 The modern market is extremely competitive, but it is also highly diversified. It is difficult to excel even in a single segment as it will be likely already covered by another strong player. And, keeping in mind Rimac’s words, it could not be enough anyway, as they had to adopt a ‘hybrid’ business model to survive until now, while the two predecessors did not.

For a start-up to succeed there must be a perfect mix of personality, performance, design, technology, brand experience, and something more. Each of the successful companies quoted here pioneered an approach to the sector, a way of thinking about luxury supercars. That unprecedented and original vision, distinguishing an automaker from all the others is probably the ultimate factor necessary to make it in the luxury automotive industry.