Just yesterday, on May 18th, Lamborghini CEO Stephan Winkelmann announced the company’s strategy for its electrified future under the evocative name ‘Direzione Cor Tauri’ (Heart of the Bull in Latin) and using the Taurus constellation’s brightest star, Aldebaran, as the symbolic representation of the company ‘Reaching for the stars’. 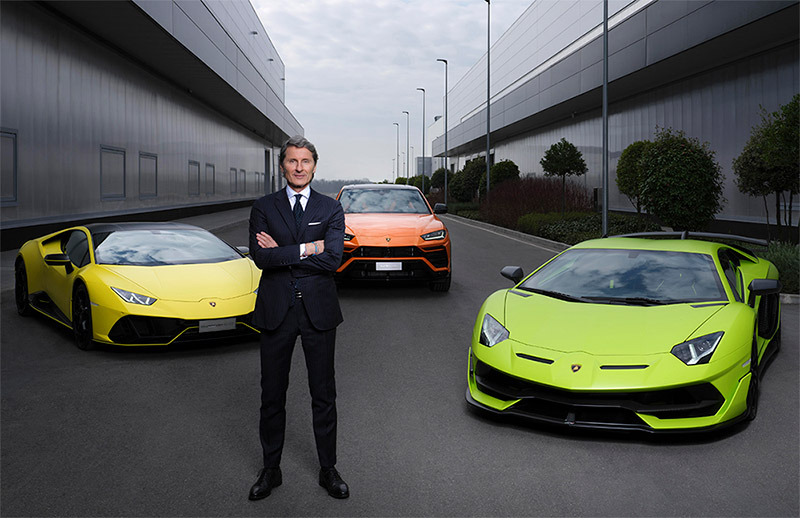 The whole announcement revolved around a few main points. Unsurprisingly, all the new objectives stem from the need to set a clear path for the company to tackle effectively the increasingly restrictive regulations for CO2 emission reduction. This is certainly the biggest challenge for any traditional automaker today.

Lamborghini follows a general trend under which more companies are adopting new plans to achieve the required results in terms of sustainability and cater to the upcoming generation of potential clients who are more and more interested in electric vehicles. From Bentley’s Beyond100 to Porsche’s Strategy 2025 and Ferrari’s latest announcement by CEO John Elkann.

Clearly, all the companies under the VW umbrella are quickly moving in a similar direction to catch up with the competition from electric manufacturers and leave behind those traditional automakers still lagging. The German group claimed it will spend €73 billion over the next 5 years in R&D, with around half spent on BEV development, a further 37% for car digitisation and software capabilities development, and the remaining 15% for existing models hybridisation.

WHAT ABOUT THE REGULATIONS

The measures taken by luxury automotive manufacturers are in response to the increasingly restrictive environmental regulations. The Euro 1 standard introduced in 1992 has been updated around every 5 years up until now with the standing Euro 6 standards.

These regulations have been further updated in 2019 and 2021, to reduce discrepancies between the laboratory emission testing WLTP (Worldwide Harmonised Light Vehicle Test Procedure) introduced in 2017, and the RDE (Real Driving Emission) arrived later. Where the initial deviation allowed was 110%, this has now been reduced to 43%. Also, new standards Euro 7 should come into force in 2025. This is the major driver for the fleet emission reduction programmed by Lamborghini in the near future as described below.

REACHING FOR THE STARS

So, let’s have a closer look at what points have been made for Lamborghini’s New Business Strategy.

1. A new group of customers

According to Mr. Winkelmann’s claim and as seen in similar announcements by other companies, these plans being shaped serve not only to comply with regulations but to capture an audience that is ever more aware and attentive toward environmental issues. A survey conducted a while back among sports car and luxury car owners clearly highlighted a higher acceptance of electric powertrains both in regular and luxury vehicles.

More automakers are rightfully betting on this growing generation to cover a new segment of the market that will most likely be composed of electrified and connected vehicles, while still remaining (at least to some degrees) truthful to their tradition.

The regulations imposing emission reductions are forcing sports car manufacturers to go electric. But the current battery technology poses the risk of excessive weight. The new challenge then is to find the perfect balance between higher torque and power achievable through an electric, o hybrid powertrain while limiting the car weight.

We already have significantly different interpretations of this development like the few listed below:

One example is Lotus's interpretation of an electric powertrain with the Evija. Quite different from its competitors as it features a significantly smaller battery pack to achieve a much lighter package overall. The company’s focus was to deliver the best driving experience possible, as close as that of an ICE Lotus as possible. Despite the slower 0-100 kmh, when compared with many modern competitors then, the Evija's strongest feature should be in fact its ability to reach 300 kmh in just 9 seconds. Will the nearly 350 km of range claimed for the Evija be enough for the average client? Only time will tell who got the best interpretation of their clients’ desires.

A similar situation is found with hybrid powertrains as well, where Lamborghini is the one that stands out. While Ferrari and McLaren present differences in weight, power, speed, and EV range, which are likely dictated by their vehicles positioning (Artura is an entry-level model, while SF90 is a flagship one), Lamborghini is the only one to use Supercapacitors. A solution that allowed the company to give the car an electrical boost with a much higher power density at just a fraction of the weight of a lithium-ion battery.

*Lamborghini has not disclosed the Siàn exact weight figure. The data is derived from the claimed power/weight ratio

It is not clear whether Lamborghini will use again this technology or pair it with regular batteries in future models, since as it stands the Siàn has a mild hybrid powertrain that cannot run on electric power only, while the other two are Plug-in Hybrids. Mr. Winkelmann however claims in the presentation that Siàn "can be considered a rolling laboratory for what is to come". Indicating that at least part of this experience and know-how will trickle down to production models.

Another hypothesis is that we could see their components featured in future Lamborghini models, considering the investment that Porsche put into Rimac for electric technology and the fact that according to its CEO Mate Rimac the Croatian company would be working for an Italian luxury automaker. This kind of technology transfer would certainly benefit the development efficiency of new electrified models.

Finally, the choice not to use lithium-ion batteries right away could also be dictated by a current lack of technology. More companies now are said to be developing solid-state battery cells instead of regular ones using liquid electrolyte solutions. The promise of a smaller, lighter, cheaper battery with extremely higher energy density (and thus longer range), shorter recharge time, and safer technology, has caught the attention of every EV manufacturer for years now. Some prototypes have been said to reach a capacity of 400 Wh/kg, more than double that of many lithium-ion battery technologies present in the current electric vehicles. However, no one has yet managed to realise a scalable project that could make it to production. Solid-state batteries are still in the making but could represent a huge step up for future EVs, and an extremely important one for luxury performance automakers. 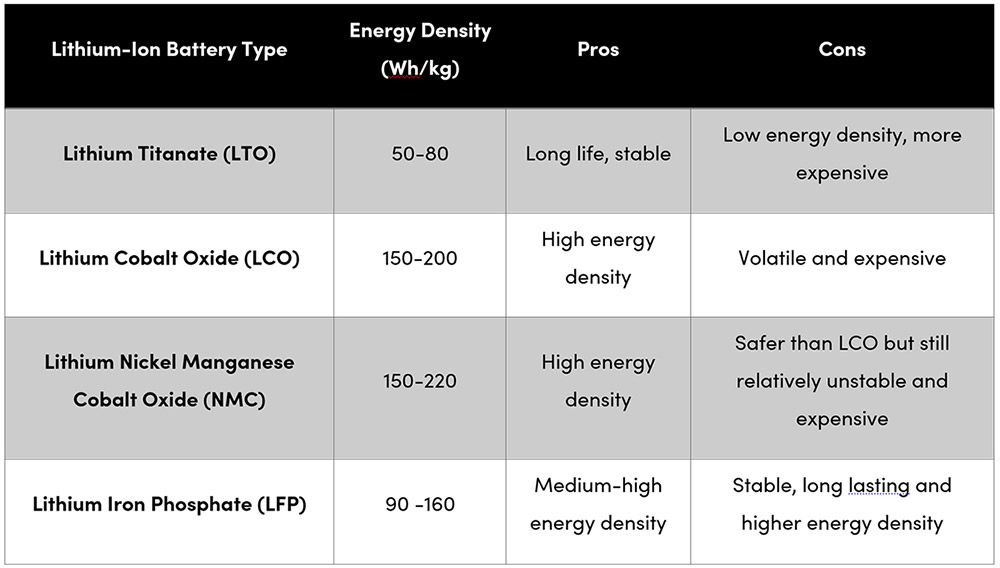 Another point made in the presentation is directly connected with the events of 2020. Despite the slight drop in deliveries last year was the best in the company’s history in terms of operating margins.

The impact of the pandemic led many companies to reorganise (some were even forced to lay off part of their workforce) and review processes to avoid redundancies and improve efficiency. Something that has probably benefitted Lamborghini considered the financial results and ‘lesson learned’ in the words of Winkelmann when he mentions that ‘in order to stay competitive’ they will need to ‘shorten development times’.

4.  Celebrating the Combustion Engine but with innovation

With its success, the Urus has become the true backbone of Lamborghini’s product line, while the other two products are expected to regain momentum as their substitutes come in the next few years. The SUV's financial performance has become crucial for Lamborghini to keep investing in future products development.

Even with electrification, the foreseeable future should still be centered around the ICE, which the majority of Lamborghini buyers are still demanding. Crucial to this is also the Squadra Corse. The racing division thanks to which Lamborghini can keep improving its road cars passing down technology initially developed for racing purposes, as it often happens in other companies with racing divisions. 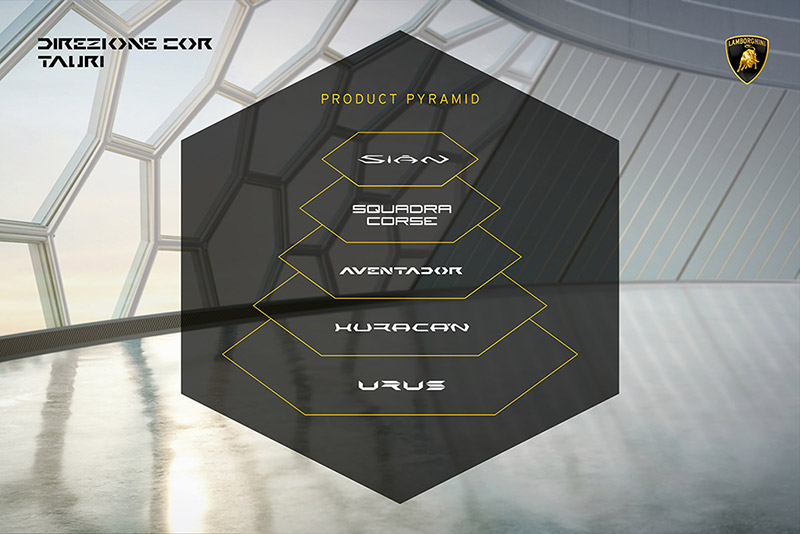 Lamborghini certainly plans to move fast to the next phase. Its 3-model product line will be entirely electrified by 2024.

It is not specified which model will be substituted and which will simply receive an update. While the Urus is still early in its lifecycle, both Aventador and Huracán are probably due for replacement, with the Aventador being now over 10 years old.

What is sure though is that all of them will get a hybrid powertrain by 2024.

This is the reduction in CO2 emissions target for 2025. Winkelmann set the objective to reduce the fleet carbon footprint by 50% in around 4 years as a further step in a process already started a few years ago.

Lamborghini’s factory has, in fact, been carbon neutral since 2015 thanks to its trigeneration plant reducing wastes and energy consumption. 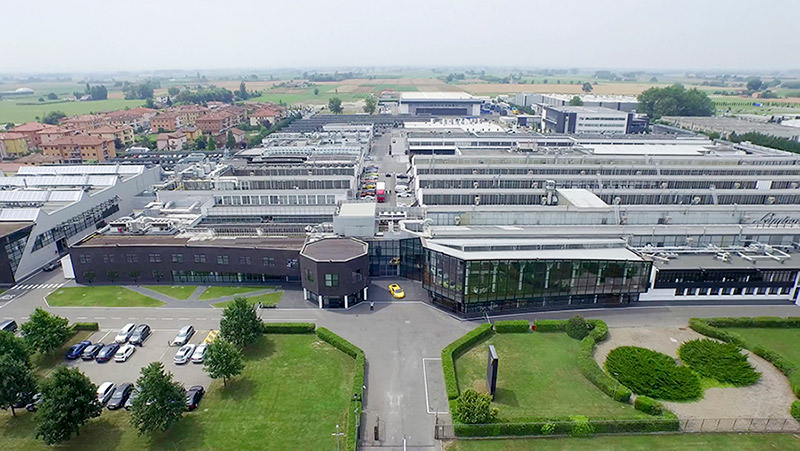 In a previous interview, Mr. Winkelmann specified that we were unlikely to see a full-electric Lamborghini at least for the next decade. This time, however, he confirms the automaker’s commitment to delivering such EV within the second half of the 2020s.

Could this be the front-engine Lamborghini GT teased with the Estoque several years ago and still lacking in the firm’s product line?

What is probable anyway is that it will feature the MSB architecture platform developed by VW and used already for Bentley Continental GT and Flying Spur, Porsche Panamera, and most importantly for two cars that could feature similar characteristics to those of this upcoming Lamborghini, the Porsche Taycan and the Audi E-Tron GT. 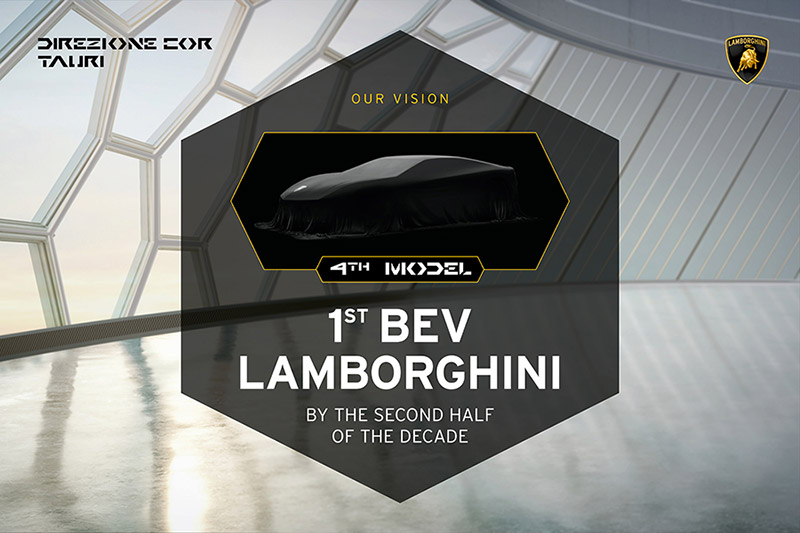 The OEM has also committed over €1.5 billion to fully develop this vision over the next 4 years. An amount that has never been used before over such a short period of time in the company’s history.

This should ensure the right shift into a long-term sustainable plan for the future.

Much of the competition in the EV space is going to play out in software development. Connectivity, self-driving capabilities, and other features are becoming more and more important, changing completely the paradigm on which a car was evaluated so far. This is the driver that is attracting many tech companies to the EV market.

These factors are going to be relevant for the luxury performance niche too, where Lamborghini is positioned. But the biggest challenge, as mentioned by Mr. Winkelmann, will be to keep delivering what the demanding clients expect from Lamborghini while improving performance and technology. The battle in this segment will most likely be fought on the battery technology side and its integration to deliver a unique driving experience. Something that could be at risk, once the V12 and some of the driving dynamics that make Lamborghini unique are lost, even more, if standardised and shared elements, such as VW platforms become more common.

However, Lamborghini approaches this crucial phase from a strong position in terms of branding and business performance. So far, it also distinguished itself from its competitors with the Siàn. Finally, even if the excessive standardisation might represent a risk, the backing of VW Group with the expertise accumulated so far in electric mobility can definitely play a crucial role in this new strategy's success.