Porsche is boldly embracing the future of automotive with electrification in its Strategy 2025 plan. Like more and more manufacturers are doing, it has already declared that future models of its lineup will be full-electric. When it comes to sports cars or supercars manufacturers this transition is more cautious and gradual. As of now though, after the release of its first full-electric car, the Porsche Taycan, the German automaker has two more upcoming models for the EV market. The 2021 Taycan Cross Turismo, and the 2022 Macan. There is an important distinction to be made though. While the first, being a derivative of the smaller sister, will be only electric, the SUV will be offered with different powertrains. Most likely in all three ICE, Hybrid, and full-electric versions. 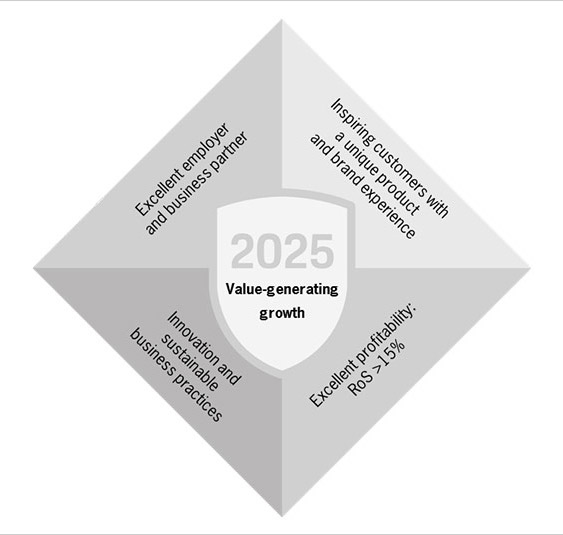 Why Porsche went for the Taycan as their first model in the EV segment? Why are they planning on offering other models only as EVs while others will have different platforms options?

The long-rumoured Porsche Taycan EV, first called Mission E, has lived up to the expectations receiving worldwide praise. Porsche is still mostly famous for its sportscar thanks to which it earns most of its reputation both on the streets and on the racetrack. As for the sales figures instead, the SUVs dominate its market share. What is interesting though is that this most awaited new model does not fit completely in any of the two categories.

Even on the official website, Porsche does not put the car in any category. But the body type is actually something in between the 911 and Panamera. Much longer than the first one, and slightly shorter than the second. It also has 4 doors and usable backseats, even though they are more sport-oriented than luxury-focused as those in the Panamera. As for numbers and performance, the Taycan rivals with the top of the line 911 Turbo both for horsepower and acceleration. It actually is the fastest accelerating road-legal Porsche on the 0-62 mph (0-100 km/h).

SO, WHERE DOES THE TAYCAN FITS AND WHY?

The Taycan fits perfectly in the middle of Porsche’s lineup but also completely on its own. It is in fact a sporty car, with some astonishing performance, as mentioned in the previous paragraph, but aims at the best everyday usability possible, as it happens for more and more luxury car manufacturers lately. McLaren’s GT and Ferrari Roma are two good examples from companies that are mostly focused on pure supercars. 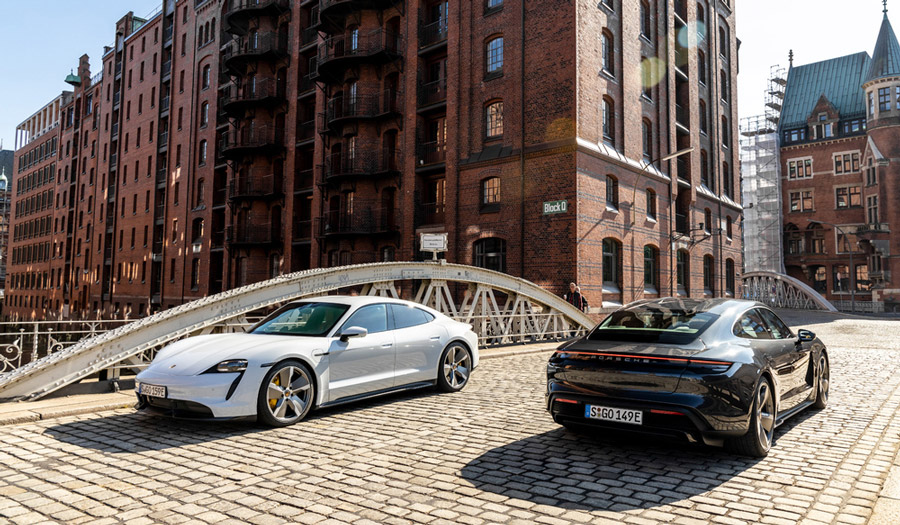 Porsche for its first EV picked a completely new model instead of giving a full-electric powertrain to an existing one. This choice gave the company a wider range of action and a few important advantages.

This is why it is likely that the 911 will be the last surviving ICE in the product range, maybe hybridised. And this also brings me to the next point…

The next EV, set to be released in 2021, is Cross Turismo. It is going to be a more practical derivative of the Taycan, which by now has its own strong identity in Porsche’s product range. It will tap into the most successful car segment right now. That of small SUVs and Crossovers. It makes even more sense then that the second full-electric to come to the market right after will be the Macan. The crossover by Porsche has been, since its release, the best-selling model by far. With well over half a million units delivered in the last 6 years, it outsold even the bigger sister Cayenne which from 2014 to 2019 sold 452,870 units.

It is also due to this astonishing success though, that differently from the all-new Cross Turismo, Porsche is somewhat forced to keep offering ICE versions of the Macan. Returning clients might consider the electric version in some ‘EV-Developed’ markets in the US, Asia, or Europe, but many more are likely to opt for the combustion engine one, whether it is due to simple preference, or worries regarding the everyday usability or charging network infrastructure presence. 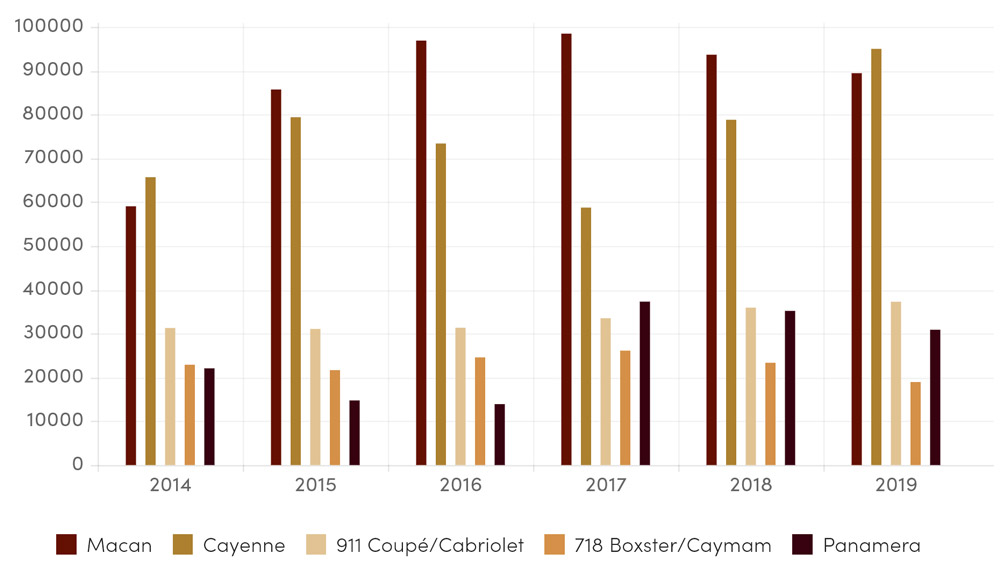 *Does not include Special models like 918 Spyder, and 1386 Taycan units sold in 2019 after the launch

So, it is clear that, at least in this early stage, Porsche’s strategy for electrification plays on the safe side betting on its brand strengths rather than on outrageous or unexpected projects to shake the market.

“By 2024, the sports car manufacturer will invest around €10 billion in the hybridisation, electrification and digitalisation of its cars, and is consistently enhancing its offering in the area of electromobility […] The company is anticipating that by the middle of this decade already half of the entire product range will be sold as fully electric models or partially electric plug-in hybrids”

In the last two decades, Porsche has been a massive success in targeting new developing market segments and repositioning the brand to attract new customers while maintaining its core values (and the numbers speak for themselves).

As it has been for the Luxury SUVs in the first decade of the 2000s and the Panamera in the 2010s, Porsche is once again ahead of the curve and, most likely, setting the trend in the top luxury segment of the market for electric vehicles.