In the luxury performance car market McLaren, despite being young, has already distinguished itself for producing some of the cars with the most alien and imposing presence, which often translates to performance as well. This is thanks to the state-of-the-art engineering work done in Woking where, every line, vent, and winglet has a specific aerodynamic purpose and, at McLaren, they rightfully never forget to remind us. Their marketing strategy expresses perfectly the value of ‘Form Follows Function’ that the company embodies. 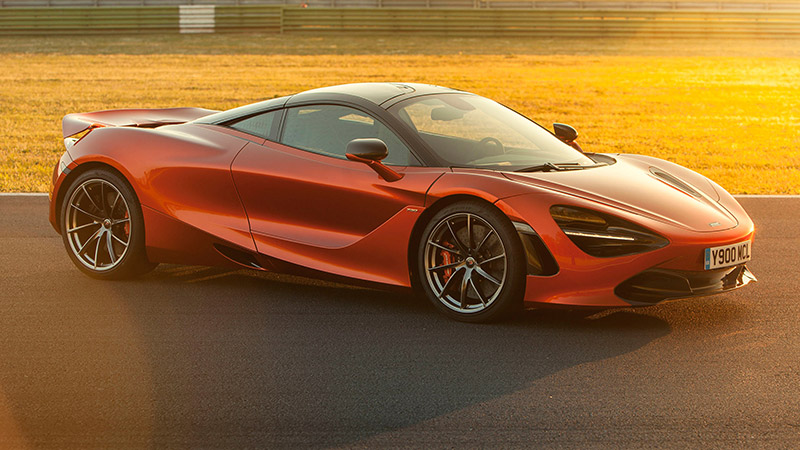 Looking at the vehicles’ characteristics some might say it really seems like ‘Rocket Science’. Well, McLaren took it literally. So, who better than an actual Rocket Scientist could convey the value and the achievements of the work done on one of these cars?

The model is 720S. Since its presentation at the International Auto Show in Geneva it gained praises by the automotive world thanks to its innovative technical solutions and performance capabilities considered the top of its segment and even comparable to much more expensive limited series. Even though there are no official numbers from McLaren, the company, in fact, claims the 720S to be one of the major contributors to its huge jump in sales in 2018 along with the 570S Spider (both unveiled in 2017). From two fairly stable years, 2016 with 3,286 units sold, and 2017 with 3,340, 2018 instead saw a 45.6 per cent increase up to 4,863 units.

The video published a while back on McLaren’s Channel is a noteworthy example of how to market a model in a different and innovative way.

The trend across the majority of manufacturers’ channels is to publish videos that vary from 50 seconds to 2 minutes with no comments and where the car is shown in very cinematographic shots either standing still or driving along some beautiful road.

Here instead, Ph.D. Ryan W. Conversano starts the video referencing a rearranged version of Newton’s Second Law of Motion: Acceleration = Force/Mass. The decision to use each element of the equation to describe the car’s characteristics while relating them to real rocket science is a smart one. It allows McLaren to showcase its engineering and aerodynamics innovation as it would happen in a review video, but with some additional values.

Of course, a normal review on a car manufacturer’s channel, even if truthful, would be perceived as biased. This way instead, McLaren showcase the 720S only indirectly, and by doing so it adds also some interesting and quite surprising notions (always explained in common people’s language luckily), and most importantly it once again ties its brand and message to an idea of extreme technological development. One that sets the company apart from all its competitors.

WHERE AND HOW THE STRATEGY IS SUCCESSFUL?

This marketing message is in fact consistent over time, well-targeted to McLaren’s client base, and overall successful so far.

Consistent because the same kind of communication has been chosen already in the past throughout social media. The video below, though quite different from the previous one because shorter and without any talking in it, uses the same way of indirectly (in this case there is not even the actual car in the video) showcasing a vehicle’s characteristic, here aerodynamics.

As mentioned, this type of communication going beyond the ‘simple’ aesthetics or a mere didactic list of performance numbers seems to cater well to McLaren enthusiasts as much as the concept of function and performance above form.

In terms of views on McLaren’s channel, the two videos are respectively 62nd and 35th out of 282. Longer videos though get on average fewer views, and as standard for several manufacturers’ online automotive marketing, the majority of content is fairly short, between 1 and 4 minutes. The ‘Science of Speed’ video despite being 7 minutes long ranks 6th out of 32 videos above 5 minutes in length. The threshold has been selected because of a noticeable drop in the number of views for videos over 5 minutes which are also much fewer overall as shown in the graph below. 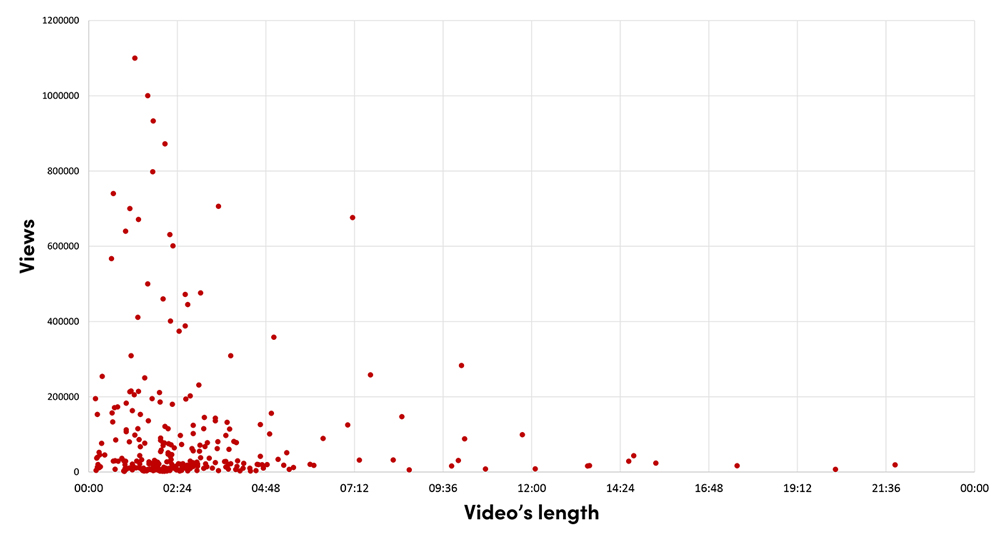 Three videos are not included as the high number of views would squeeze the rest of the data on the lower side of the graph. Two fit the trend while the third is the only exception, respectively at 1:04, 0:41, and 5:28 of length and with 4.1, 1.9, and 1.6 million views. It must be said though that despite the trend the statistical correlation is not as strong as it might look considering the quantity difference between ‘short’ and ‘long’ videos. The remaining 250 are all between 10 seconds and just less than 5 minutes. The result indicates a good level of interest overall by McLaren’s audience, even more, if it is considered that both the videos have been published a while back, especially the ‘McLaren Vs Aerodynamic – The Next Chapter’ one which is much shorter but was published back in 2012, to introduce the Hypercar P1 to an arguably way smaller audience.

Finally, McLaren’s focus on performance over style looks also well-targeted for its customer base as proved by a survey I conducted among 244 luxury car owners. Respondents had to indicate on a scale from 1 to 10 the importance of different factors in their purchase decision, namely price, brand, performance, design, company’s robustness, model’s rarity, and personalisation options. McLaren’s buyers on average scored the Performance factor higher than what all the other brands’ owners gave as a reason for choosing a specific car. 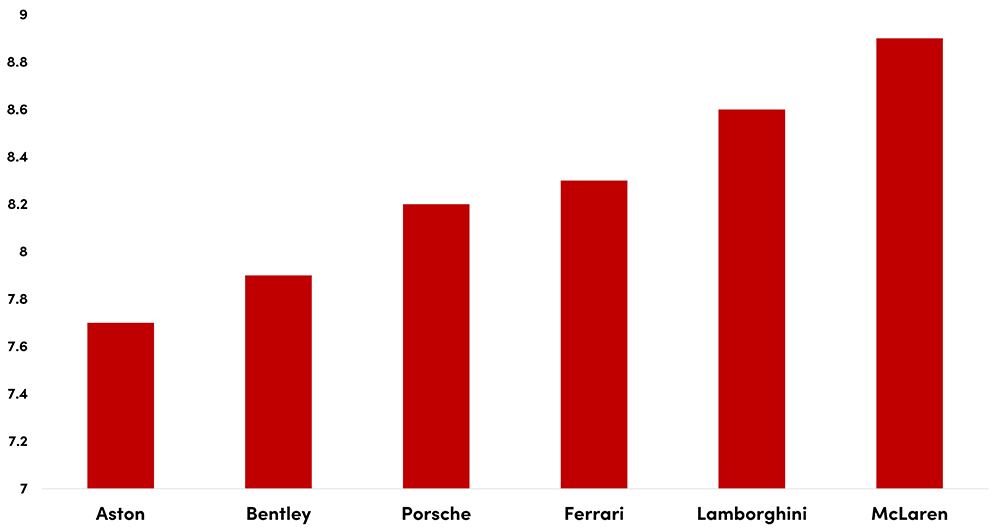 Overall, the videos, are just two examples (among several) of luxury performance automotive marketing online with an interesting and innovative approach. While every car company has its own specific focus on online marketing, the contents often overlap consistently. McLaren instead does it in a different way showing in various instances originality that not only helps set it apart from the competition but also aligns well with what clients and prospects are expecting from the brand.